Q. What is the geographical origin of maize in the northeastern United States?

Great question!  To answer your question, I am looking at a book titled Indian corn in old America by Paul Weatherwax.  I highly suggest you read this book if you are very interested in this topic, as it has some wonderful historic content, in spite of its colonial undertones.

Briefly, Zea mays is the name given by Linnaus to the corn plant.  The word Zea comes from the ancient Greek name for some sort of cereal, and is more remotely related to a word which means "to live."  The word mays comes from the Native American name, "maize."  Maize is first mentioned in the historic western record on December 13, 1494 by Nicolo Syllacio, at Pavia, Italy, in a little Latin pamphlet giving information about America.  The early English explorers first found maize in the eastern US on the coasts of Virginia and Carolina.  In 1586, Thomas Hariot sent back home to Sir Walter Raleigh the first detailed account of the corn plant and of Indian agriculture to be written by an Englishman. 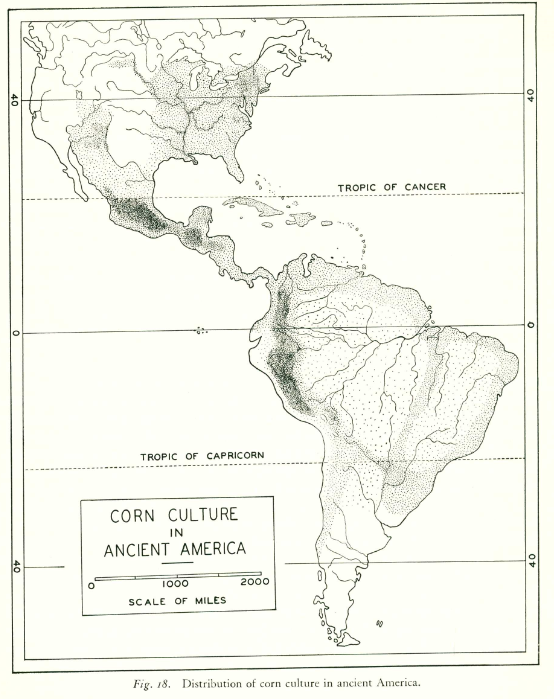 Another interesting article on the topic is the following:

Doebley finds that "Presuming no major changes in the distribution of subsp. parviglumis since the domestication of maize, these data would place the origin of maize in the Balsas River drainage southwest of Mexico City."

I hope that this answers your question!  Please feel free to follow up if you require additional information.

Or Submit a Quick Question Here